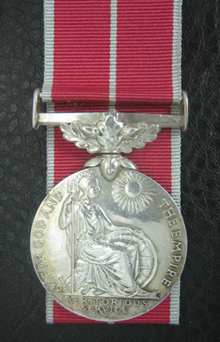 A SECOND WAR B.E.M. AWARDED TO ROYAL ARTILLERY GUNNER, FOR HIS GALLANTRY IN RESCUING THE PILOT FROM A BURNING HURRICANE THAT HAD CRASHED AT RIGG, DUMFRIES AND GALLOWAY, ON 4 JUNE 1941

‘In recognition of gallant conduct in carrying out hazardous work in a very brave manner.’

The original Recommendation (a joint one with Gunner J. A. Blamer, R.A. (also awarded the B.E.M.) states: ‘On 4 June 1941, between Rigg and Eastriggs, a Hurricane aircraft spun to the ground and immediately caught fire. Gunner Palmer, who was about two miles away, mounted his motor-cycle and rod, first along the road, and then across a ploughed field, arriving on the scene a few minutes after the crash. He found that the Pilot had only partially been thrown clear and despite intense heat, at the third attempt extricate the body, with the assistance of Gunner Williams, who had arrived shortly after Balmer. During the time burning petrol was being splashed on the ground around the aeroplane, and machine-gun ammunition was exploding due to the heat.’

Sadly, the pilot of the Hurricane subsequently died of his wounds.

David Morris Williams was a native of Trefriw, Caernarvonshire.